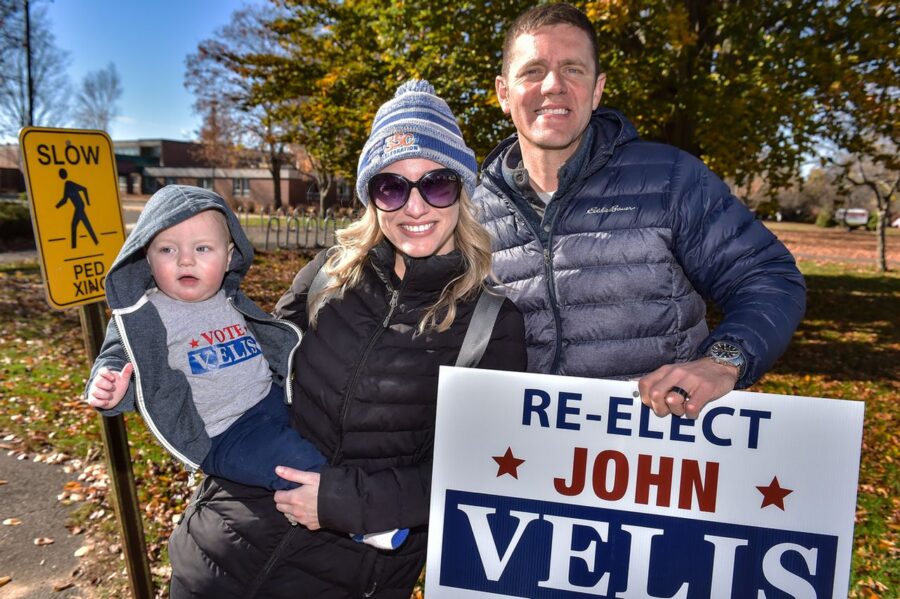 (MassLive) Incumbent state Sen. John C. Velis, D-Westfield, has been reelected to the Hampden and Hampshire Senate seat by a landslide.

“Friends, I want to thank you all for your support and good wishes during this campaign for State Senate. Congratulations to Senator Velis on his hard-fought victory,” Calabrese said in statement released on Facebook.

According to Velis, his team has campaigned hard starting in January knocking on thousands of doors until the last possible minute.

Additionally, winning Agawam proved that knocking on doors, meeting people where they are at and the bipartisan message resonated with district voters, he said.

“Obviously my opponent is from Agawam and we wanted to go in there and win. It is the competitor in me, so we worked hard,” Velis said.

Now that the race is over and before he gets back to business, Velis said he looks forward to spending more quality time with his son.

“First and foremost, I can’t wait to pick up my little boy and give him the biggest hug and kiss,” Velis said. “My son was born on Jan. 11, and I have been in a race since February and I just think my son needs his dad. I am going to wake up, not have to knock on a door tomorrow and I am going to spend all day with my son.”