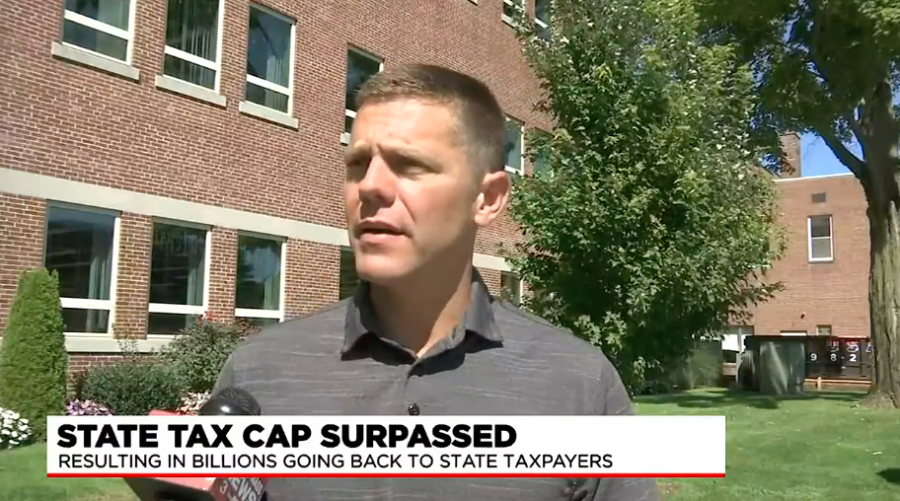 (Western Mass News) – For the first time in over three decades, a Massachusetts tax cap was surpassed, which will result in billions of dollars going back to state taxpayers.

We got that number by taking the net state tax revenues in 2021 and subtracting the allowable state tax revenue. So $2.94 billion will go back to taxpayers. This action is based on a state law passed in 1986, that has been triggered only once before. How much can people expect to get?

We brought questions to Ray Maagero of Liberty Tax, to help us do the math down to the decimal. He said looking at the numbers, if you paid Massachusetts state taxes in 2021, you will receive just under 7 percent back. So … if you paid $2,500 in state taxes … you would receive $173.55.

Governor Charlie Baker said Wednesday he’s hopeful the money will go out by the end of the fall. It’s still unclear whether or not this money can be sent out in addition to the $250 rebate checks proposed as part of the Economic Development Act.

“Because of the strength of the rainy day fund, how solvent it is, the excess revenue that we have … We can do both. If there was ever a time to give people money back, put the money back in their pockets it’s right now. Who knows if we’re ever going to see this type of revenue again in our lifetimes. What I can tell you from all of my conversations with my constituents and all of my communities, without any exceptions people are hurting,” Velis said.

Velis added that it’s also not clear if this money will come in the form of rebates, checks, or some other form.